There’s nothing wrong with PHP5. The only aspect developers and users noticed is the speed and performance of the website. As per the survey, most of the site abandons occur because they take more than 3 seconds to load. Users take website loading too seriously as they want everything instant and on their fingertips. To get over it, you should upgrade to PHP7.

Yes! PHP7 has been running tremendously by offering a bag full of amazing features.

Upgrading to PHP7 not only ensures fast website loading but also far efficient scripting that runs flawlessly every time users access the website. Therefore, if businesses choose to upgrade their websites from PHP5 to PHP7, it would be beneficial for their businesses to grow. Like other updated versions, it has also been launched with so many modern features and capability options. But, critics still raise issues regarding the backward compatibility of PHP7. Whereas a majority of developers is happy to get myriad of benefits of this upgraded PHP version.

We are inevitably in support of this new PHP7 version update as it has been rigorously tested before launch and introduced with real speed & site improvement features.
Let’s discuss more about PHP7 features…

The new PHP version is fast as compared to the previous ones and has the potential to compete in this modern world with growing customer demands. To get the best out of PHP7, it would be great if developers get aware of all the changes, updates and advanced features of it.

The point to be noted that after PHP5, the next new version should be PHP6 but, it is PHP7. It’s a big jump which brought drastic changes and extended functional capabilities with it.

Thank you for reading! 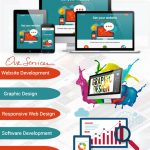 Your idea will be converted into a successful business